The Chat is now located in the Portal!
Search
Count down
Latest topics
» Happy Thanksgiving Everybody!

» 4H | Behold Our You Tube Channels

» Copy & Paste This - Into Your Own App Thread

Copy & Paste This - Into Your Own App Thread

Copy & Paste This - Into Your Own App Thread


How Did You Hear About 4H?


(WiiU Members, Xbox Members and Playstation Members)
Do You Use Skype?
If Not, Are You Willing To?


If you are accepted into the Club as an apprentice, you should post frequently on our threads. This habit should be continued into full membership. It will let us get to know you better, and it's always nice for us to hear from others. Are you willing to post on our thread often? (4 posts a week is recommended).


And Most Importantly, Why Do You Want To Be A Part Of The 4 Horsemen? 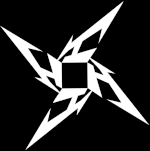 I Know I'm Already a Member, But I Always Thought of Re-Doing One of These Since I Joined 4H Just for Fun

Network ID (PS3): Hugo Stiglitz, when I finally connect to PSN for the first time.

How Did You Hear About 4H?: Call of Duty: World at War Clan Headquarters.

Your Gaming History: Started playing Star Wars Battlefront in 6th grade on the PS2. Played Call of Duty on the Wii for a year now, with World at War, Modern Warfare: Reflex Edition, and Black Ops.

Your Clan History: Was a member of ASC (Alpha Squad Clan) left due to immaturity of Clan Members. Been a proud member of 4H since mid-May 2010.

Do You Skype? If Not, Are You Willing To? (Wii): Yes, I do Skype. Skype Username: alex.l.alpi

Style Of Play: Cover Fire, Sniper. A little bit of everything depending on how I feel.

Most Memorable Moment: Going 40+ kills and one death on Upheaval in World at War. (Alongside 4H members.)

And Most Importantly, Why Do You Want To Be A Part Of The 4 Horsemen?
Because you guys are like family. You guys know how to work together, and get through the most fucked-up of situations, whether they are noob-tubing, glitching, and hacking. It's best to have teammates you can rely on, instead of a bunch of noobs that you don't even know.

Re: Copy & Paste This - Into Your Own App Thread

thank you for the perfect example of what to say for an app.

naw, you are approved, LOL!

Re: Copy & Paste This - Into Your Own App Thread

Similar topics
» one question i really need an answer
» Disable Copy/Paste into HTML form using Javascript
» What level to gift the palm leaf?
» The BETA Thread
» Aaricia 13.04 is a copy of Fauzi2.2.abk